Manufacturing Message Specification (MMS) is an international standard (ISO 9506) and messaging system for transferring real time process data and supervisory control information between networked devices and/or computer applications. The standard is developed and maintained by the ISO Technical Committee 184 (TC184).

This version of MMS used seven layers of OSI network protocols as its communication stack: 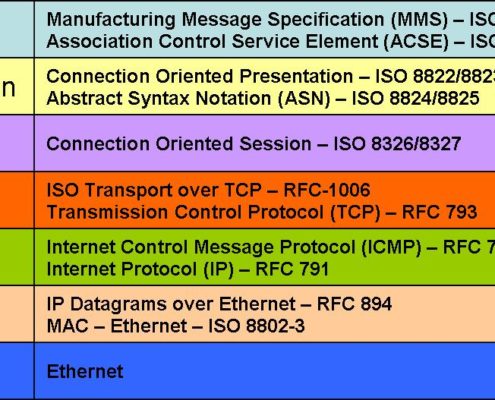 MMS was standardized in 1990 under two separate standards as 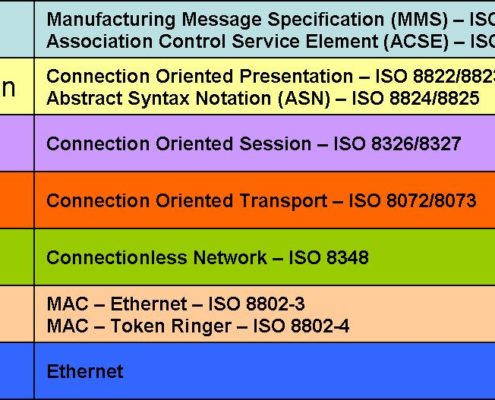 Because the OSI (Open Systems Interconnection) protocols are challenging to implement, the original MMS stack, based on all OSI protocol layers never became very popular. In 1999, a new version of MMS was published, using the easier, and widely deployed TCP and IP protocols  instead of the bottom four OSI layers. On top of the IP and TCP lower layer protocols, one then requires RFC 1006 (“ISO Transport over TCP”) in the Transport layer. The top three MMS layers use the same OSI protocols as before.

To order an evaluation package or get more information about the Manufacturing Message Service protocol stack please email: info@xelasenergy.com

More information on the Manufacturing Message Services can be found here.